Battery materials startup Group14 Technologies has brought its first commercial-scale factory online in the northwest United States. The factory can produce up to 120 tons per year of the company’s innovative silicon-carbon material SCC55, designed as a direct replacement for graphite in lithium-ion batteries. 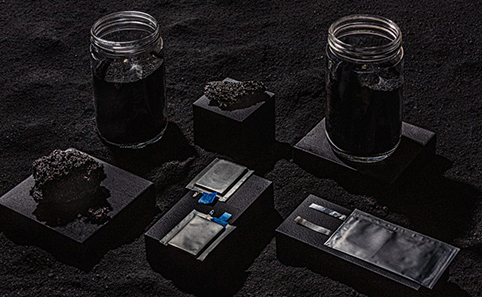 Since it has around 10 times the energy density of graphite, silicon has attracted plenty of attention from researchers as a potential anode material for lithium-ion batteries. Challenges with the material’s tendency to expand when used in batteries, however, have largely held back commercial applications until now.

Group14 says that by focusing on large-scale solutions from the start it has been able to design a material that can both be produced at large-scale and serve as a ‘drop in’ solution for battery manufacturers already working with graphite. “We leveraged our team’s deep commercial manufacturing experience to prioritize process development and designing for cost from the beginning,” said CTO Rick Costantino. “The process to manufacture SCC55 was designed from the start to be scaled quickly and efficiently, an approach that has kept us on track to bring our technology online to help power consumer electronics, electric vehicles and more — immediately.”

The material consists of a carbon “scaffold”, inside which is a 3-5 nanometer particle of amorphous silicon. Void space inside the scaffold gives the silicon some room to expand, while the carbon surface creates a stable interface with the electrolyte. Batteries using only SCC55 as the anode have shown stability over more than 500 cycles. It can also be combined with graphite in various ratios for stability over 1000-2000 cycles, with customers able to find the optimal balance.

Group14 has not shared information on the cost of its material, though says it will be competitive with graphite when the improved performance is taken into account.

The company says it has already delivered SCC55 to consumer electronics and vehicle manufacturers around the world, and that battery manufacturers are currently validating for use of the material in electric vehicle batteries.

And Group14 already has plans for more manufacturing, expecting to double its capacity by the end of this year. It has partnered with solar polysilicon producer REC Silicon, taking advantage of its large capacity to produce silane gas. The company also plans to break ground on a new factory at its Moses Lake site later in 2021. “We built our technology for real-world impact,” says CEO Rick Luebbe. “This commercial factory is the first big step forward towards fulfilling our mission, and we’re excited to play our part to ensure more equitable access to cleaner electric vehicles of all forms.”