This is stated in the company’s application for the planned IPO. By setting up its own capacities for the production of battery cells, Rivian wants to “supplement external cell procurement and ensure supply continuity”. 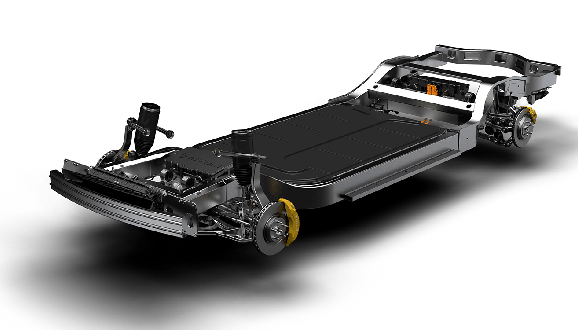 Preliminary work is apparently already underway: “Given the paramount importance and impact of the battery system on vehicle range, performance, and price, we have built in-house capabilities across the entire value chain,” the company wrote. “Over time, we intend to expand our capabilities related to proprietary cell development and in-house cell manufacturing and expect that these functions will grow substantially in the coming years.”

By using the phrase “in the coming years”, the company avoids making any concrete statements, and Rivian also does not yet provide any details on a possible scale of in-house cell production or the share of purchased cells. This may also be due to the still unclear perspective: Series production of the first model, the R1T electric pickup, has been running since the end of September and deliveries are scheduled to begin in October. The second model, the R1S SUV, will soon be followed by smaller models to meet demand in Europe and Asia.

Having its own battery production would fit in with the current strategy of vertical integration: Rivian is already trying to develop and – in the case of hardware – manufacture as many components as possible in-house, such as the electric drive systems, inverters, power electronics and software. Own charging networks in the style of Tesla’s Superchargers are also planned, as well as direct sales.

In April, the electric car manufacturer selected Samsung SDI to supply the battery cells for its first two models. It is not known whether the in-house production will be done in partnership with Samsung SDI or completely independently.

In the summer, there were rumours that Rivian was planning a second US plant under the name ‘Project Tera’, which would not only produce vehicles but also battery cells. According to the information at the time, the capacity was to be gradually expanded to up to 50 GWh.

But battery partner Samsung SDI is not idle either: In August, Reuters reported, citing Illinois State Senator Dick Durbin, that the South Korean battery manufacturer was considering building a cell factory in the US state. The town of Normal was specifically mentioned as a location. This is hardly surprising, as Normal is also home to Rivian’s first vehicle plant.