What happens when a nail is driven through a lithium-ion battery cell? Researchers who observed the process claim to have developed a polymer-based method which counters the related fire hazard inherent in lithium-ion batteries. 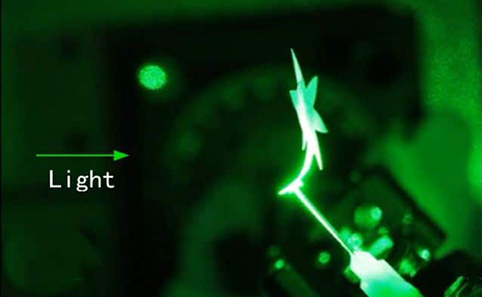 Academics from the U.S.' National Renewable Energy Laboratory (NREL); NASA; University College London; the Faraday Institution, in Didcot, England; the National Physical Laboratory, in London; and the European Synchrotron, in France, drove nails into cylindrical ‘18650 cells' (measuring 18x65mm) of the type commonly used in automotive applications. The researchers were attempting to reproduce the type of mechanical stress electric vehicle (EV) batteries must sustain in crashes.

The nails trigger a short circuit inside the cells, which causes their temperature to rise. To study in greater detail what exactly happens inside a cell when a nail penetrates it, the researchers used a high-speed X-ray camera which captures the event at 2,000 frames per second.

“When a battery does fail, it fails very quickly so it can go from being completely intact to being engulfed in flames and completely destroyed within a couple of seconds,” said Donal Finegan, a staff scientist at NREL whose work involves improving the safety and performance of lithium-ion batteries. “It's very fast and very difficult to understand what happens in that two seconds. But it's also very important to understand exactly what happens, because it is the management of those two seconds that is important for improving the safety of batteries.”

If not moderated, the battery temperature rise of a strike-induced thermal runaway has been shown to go beyond 800 degrees Celsius.

Battery cells contain an aluminum and copper current collector and the research team used a polymer coated with aluminum for the same role and observed their current collector shrank under heat and arrested the flow of electricity immediately. The short circuit heat shrinks the polymer and the reaction creates a physical barrier between nail and negative pole, halting the short-circuit.

During the experiments, all cells without polymer current collectors burst into flames if a nail was driven through them. By contrast, none of the polymer-equipped batteries exhibited that behavior.

“It is very rare that batteries fail catastrophically but when that does happen, it can be very damaging,” said Finegan. “Not only just for the safety and health of people involved, but economically as well, for a company.”

With companies which are integrating battery cells in mind, the NREL pointed to its Battery Failure Databank, which features hundreds of radiography videos and temperature data points generated by hundreds of abuse tests on lithium-ion batteries.

“Small manufacturers don't always have the time and the resources to test batteries in such a rigorous way that we have over the past five to six years,” said Finegan. “They can just, for free, come to the NREL website, download all of this data and make their own assessment of how safe the batteries are that they may or may not choose for their application.”

Researchers in Russia also recently mooted the idea of using polymers to prevent battery fires. Oleg Levin, professor of the department of electrochemistry at St Petersburg University, and colleagues, developed and patented a method that uses a polymer which changes conductivity as a function of heat or voltage. The team dubbed the approach a ‘chemical fuse.'

For the time being, the polymer from the Russian scientists only works for lithium-iron-phosphate (LFP) batteries as different cathode compositions work at different voltage levels. For LFP batteries, this is 3.2 V. Rival nickel-manganese-cobalt (NMC) cathodes operate at voltages between 3.7 V and 4.2 V, depending on the type of NMC-cell.