InoBat will use its research and development and manufacturing capabilities to “develop state-of-the-art battery cell chemistries and supply Cosworth with fully optimised battery cells”, according to a statement from the Slovakian company. These will then be used in the high-performance automotive market, among others. 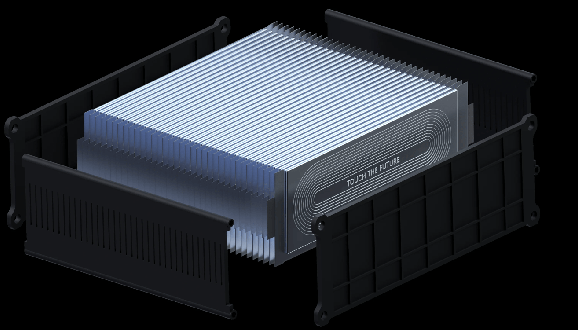 “This is a significant strategic collaboration that will help Cosworth and InoBat accelerate our battery technology solutions, with the knowledge and experience of both parties leading to innovations for future programmes,” explained Hal Reisiger, CEO of Cosworth. “We believe that working with InoBat aligns with both companies’ goals of delivering highly efficient, industry-leading rechargeable energy storage systems for our customers.”

InoBat does not go into details on cell chemistry or the delivery quantities and timeframe of the partnership. In early June, the company announced a collaboration with Green Lithium. Under this partnership, Green Lithium will supply InoBat with battery-grade lithium chemicals. Both companies had also set out to accelerate the development of a value chain for batteries.

In April, the company announced plans to build a third gigafactory for electric car batteries in Western Europe. The project was possible, among other things, because of the “successful validation of the performance of InoBat’s customised 622 and 811 battery cells”. At the time, no decision had been made on the specific location, but it is expected to be made before the end of the year. The company also made new appointments to its board of directors.

InoBat aims to supplying customers with individually customised battery cells with high-throughput screening (a method from pharmaceutical research) and artificial intelligence, the company wants to find individually suitable cell chemistry. As reported, the Slovakian battery company, together with its recycling partner, has made it possible to use key materials from recycled batteries to produce new batteries.

In January, InoBat had attracted a new investor with Ideanomics, an eMobility company based in New York. The investment of an unspecified amount was to support the completion of the R&D centre and pilot battery plant by the end of 2022. Other investors include Rio Tinto, Amara Raja and the private arm of the World Bank, the IFC.

Cosworth recently also signed a supply agreement with Ariel Motors, who just presented a functional prototype of their “Hipercar” concept, for which Cosworth will be supplying their 800-Volt batteries.