The costs of lithium-ion battery storage have decreased 97% since commercial market introduction in 1991, according to MIT researchers who have presented a new methodological approach to support their claim previous models underestimated the reduction. 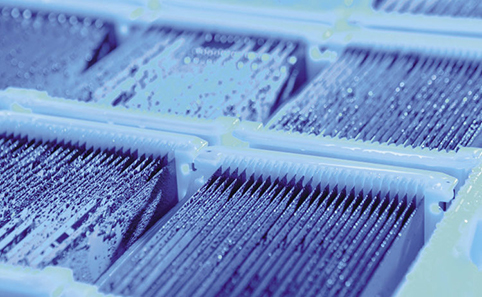 To arrive at their conclusion, the researchers incorporated more data series and metrics into their price calculations. Standard models consider only the price per energy capacity decline (in dollars per kilowatt-hour). The MIT group, however, considered extra data points, including specific energy and energy density figures, to better determine how much lithium-ion technology has improved. The first striking result from their research was that lithium-ion batteries improved at a much faster pace than previously assumed.

Measured by standard means, the learning rate for lithium-ion batteries–the rate of cost reduction for each doubling of cumulative market volume–is understood to be around 24% for cylindrical cells and 20% for other cell types. The MIT group, however, factored in extra metrics and observed a bump to 30% and 26%, respectively. The change was partly attributed to the previous estimate featuring a problem in accounting for the number of cells brought to market. That occurred because different cell sizes were produced for different applications, muddying the waters when comparing different devices in a standard price-progress model.

The findings led the MIT group to believe reported improvement rates may have underestimated the battery technology’s fast-paced development. “Moreover, our improvement-rate estimates suggest the degree to which lithium-ion technologies’ price decline might have been limited by performance requirements other than cost-per-energy-capacity,” the scientists wrote.